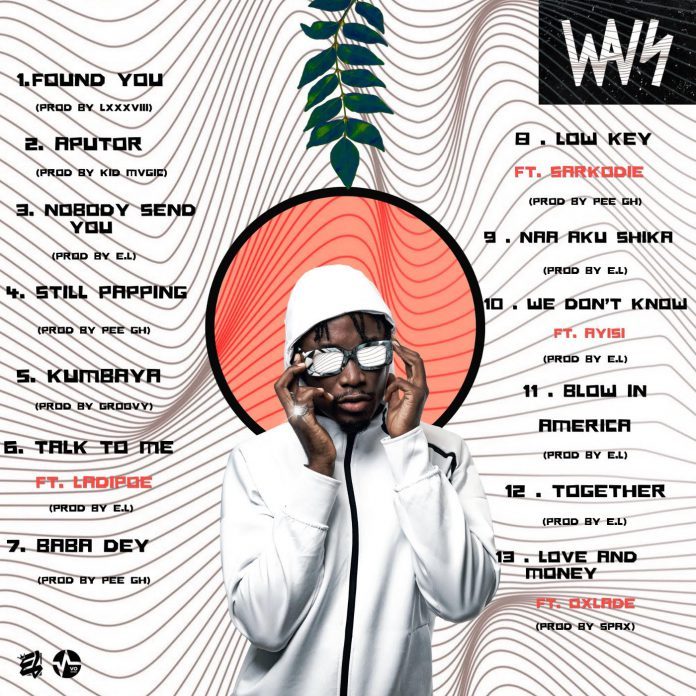 Ghanaian music prodigy, E.L continues to rebel against all calls to stick to a single genre as he releases his new album and it is indeed delightfully different.

A ‘’Jack of all genres’’ throughout his career, the marque rapper-songwriter is one of the very few artists in the globe who have the unique dexterity of maintaining world-class quality no matter the genre they attempt. ‘’WAVS’’ is available on all digital streaming platforms globally

‘’WAVS’’ an acronym for ‘’West African Vibes’’ is E.L’s third studio album. Described by the multiple hitmaker as an eclectic blend of his favorite musical influences, the album reaffirms E.L’s ability to dominate in different genres – producing a body of work that is as colorful and masterful as they come.

Distinctively an Afrobeat centered project, the 12-track album encompasses several other genres, including Afro Trap, Hip-Hop Afro fusion, Afroswing, Soul music and is released under V.O Nation Records and Orchard Music. The album which was jointly produced by Pee GH, Kid Magic, Spax, Groovy and E.L himself is rich with a star-studded lineup of guest features. These includes rapper, Sarkodie, Nigeria’s Ladipoe, Oxlade amongst others.

Testament to E.L’s panache for depth in lyricism, the project features rich storytelling across every record.

‘Blow in America’, self-produced by E.L, chronicles a very relatable message on the project especially for Ghanaians who have had to leave the shores. On this record, E.L tells the story of leaving Ghana to pursue greener pastures abroad. He sings about his lonely journey as he craves the indulgence of producers and directors to lend him a listening ear. ‘Aputor’ enters the fray with a different flavor and dynamic, here E.L rejects all sentiments of fear and negative energy on the chant-filled Afro Trap song which is produced by Kid Magic. ‘Aputor’ encourages the listener to take a stance against all adversity and to rise above any challenges that might arise.

In yet another self-produced piece on the album titled ‘Nobody Send You’, E.L encourages his listeners to exercise patience and restraint in all facets of their lives. Words ‘’If you rush wey you go crush my brother make you no de bore, nobody send you’’ echoes the need for patience. ‘Still Papping’, an up-tempo, Ghanaian styled Afrobeat banger programmed by U.S based Ghanaian producer, Pee GH is a certain hit on the project and one sure to get the party going.

Speaking on the project E.L said: ‘’I’m grateful for the opportunity to use my gift of expression through song(s). I hope this collection encourages all who hear it to strive to be themselves, unapologetically’’.

READ ALSO:
Coronavirus: I won’t be surprised if this is end times - Joey B

We have no doubt that ‘’WAVS’’ will be a contender for album of the year.