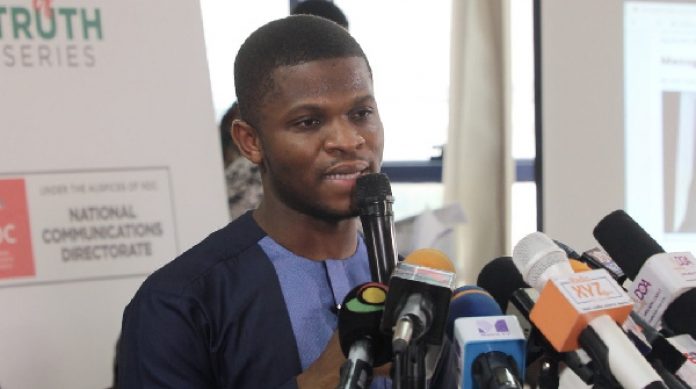 The Regional Vice Chairman of the governing New Patriotic Party (NPP), Mr. Horace Ekow Ewusi had filed a defamation suit against Sammy Gyamfi after he allegedly accused him of conspiring with foreigners to undertake illegal mining in the country as a member of the anti-galamsey team.

Sammy Gyamfi reportedly had questioned the source of wealth of Ekow Ewusi in a broadcast discussion, after it was reported that he has donated buses to some NPP constituency offices.

The embattled Vice Chairman is currently being interrogated over his role in some missing excavators and other equipment seized from illegal mining operators.

The arrest follows a request made to the CID by the Minister of Environment, Science and Technology, Professor Kwabena Frimpong Boateng.

According to the letter written by the Minister, Mr Ewusi was contracted to cart excavators and pieces of equipment seized by Operation Vanguard to designated areas for safekeeping.

The Minister’s letter said the Ministry had received information that he sent an unknown number of equipment to unauthorized location including one in Tema.

It further said, “Information reaching me indicates that he has sold an unknown number of the pieces of equipment including excavators.”

Commenting on the development on Anopa Kasapa on Kasapa 102.5 FM, Sammy Gyamfi told host Kweku Owusu Adjei that the latest incident gives credence to the fact that there was some underhand dealings which the latter was involved in.

“I had solid grounds for questioning the source of his wealth; although I didn’t make categorical statement, they were legitimate questions. At least you’re seeing the linkages and everybody can put pieces together on the matter.” he stated.