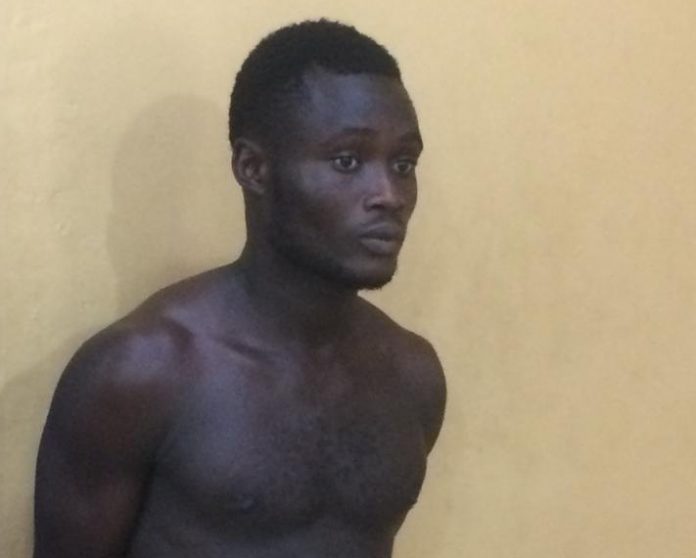 The Adenta Circuit Court ‘B’ has sentenced an ex-convict of Ankaful Prisons to 40 years imprisonment in hard labour for assault and attempted robbery.

Stephen Senam, 25, pleaded guilty on all counts and was convicted on his own plea.

He was sentenced to 20 years on each count for attempted robbery and causing harm. The two sentences are to run consecutively.

Inspector Maxwell Larnyo told the Court, presided over by Mrs Sedinam Adzo Balokah, that Stephen Adika, the complainant, owns a provision shop at Teiman in Accra.

He said on Wednesday, March 10, 2021, the complainant reported to Kuottam Police Station with a bandage on his forehead that on the previous day, at about 2030 hours, Senam came to his shop with the pretence of buying provisions.

Inspector Larnyo said Senam attacked the complainant with a knife in an attempt to snatch his mobile phone but did not succeed and fled.

He said on the same day the report was made, the complainant spotted Senam and identified him as the one who attacked him.

The prosecution said the complainant raised an alarm and Senam was apprehended by neighbours and brought to the Kuottam Police Station.

Mr Larnyo said residents in the community heard of the arrest of Senam and went to report at the Kuottam and Oyarifa police stations on Thursday, March 11, that they had equally fallen victims under similar circumstances.

READ ALSO:
Lumor Agbenyenu ruled out of Ghana’s AFCON double-header due to injury

An identification parade was held where Senam was identified by three victims as falling prey to him using the same modus operandi.

Senam underwent Covid-19 testing and awaiting results, after which he will be taken to the Ankaful Prisons to begin his sentence.