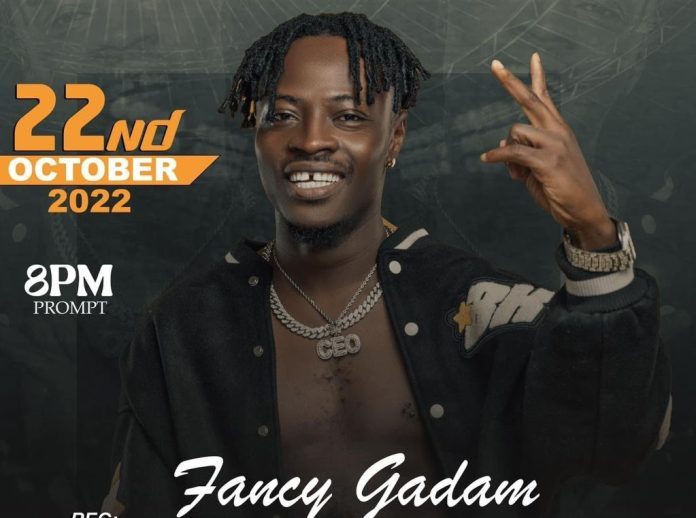 Ghanaian Afrobeats star Fancy Gadam is scheduled to hold a concert on Saturday, October 22, 2022, at the Aliu Mahama Sports Stadium to mark 10 years in the music industry.

The Tamale-based musician, who is one of Ghana’s finest musicians, would celebrate an illustrious 10-year career in music, having won numerous awards.

Speaking in an interview ahead of the concert, the Northern Music star was elated to stage the concert, which he dedicated to all his fans who have stood by him.

“My dream was to become one of the biggest music stars from the North, and so far the dream is on course, and I would like to say a big thank you to my fans.

READ ALSO:
M.anifest just did a verse; he was not involved in anything - Stonebwoy breaks his silence on alleged beef

“The concert would be one of the biggest ever to be held in the country, and the target is to fill up the stadium to the rafters,” he said.

Fancy Gadam who won Most Popular Song at the Vodafone Ghana Music Awards in 2018, has numerous hit singles to his credit, including “Kom”, “My Baby”, and “Nobody”, among others.

US$4 Billion to be made from Tourism, Arts and Culture by 2024

Maiden Osagyefo Freedom Concert To Be Held In Nzemaland