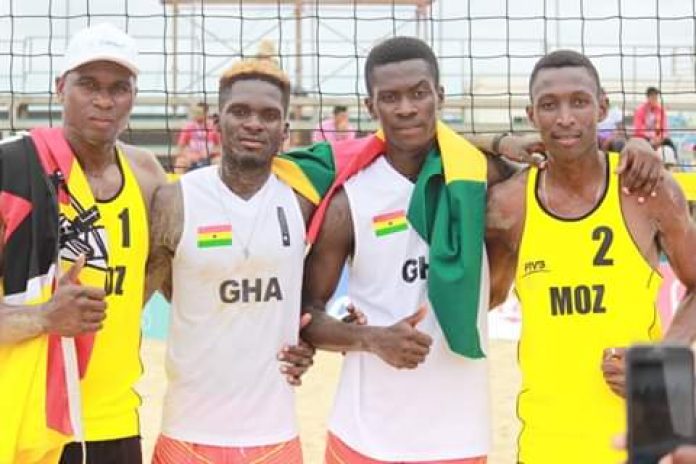 The Golden Spikers of Ghana claimed the silver at the finals in the volleyball event at the first Africa Beach Games, Sal 2019 after inflicting a painful 2 straight sets on defending Africa champions Morocco.

Ghana faced Mozambique in the grand finale but lost sadly.
Ghana had to settle for the Silver medal, and their performance was described as very good.

Lawyer Stephen Asante Bekoe, the Chef de Mission was in a delighted mood after the semi final game against champions Morocco.
He could not hold his emotions and doled out $200 to the team from his personal pocket instead of the $100 he promised.

The Ghana Olympic Committee (GOC) president Ben Nunoo Mensah who made sure Ghana was represented as he solicited for funds from some companies congratulated the entire team the wore the colours and raise the flag of Ghana at the Games.