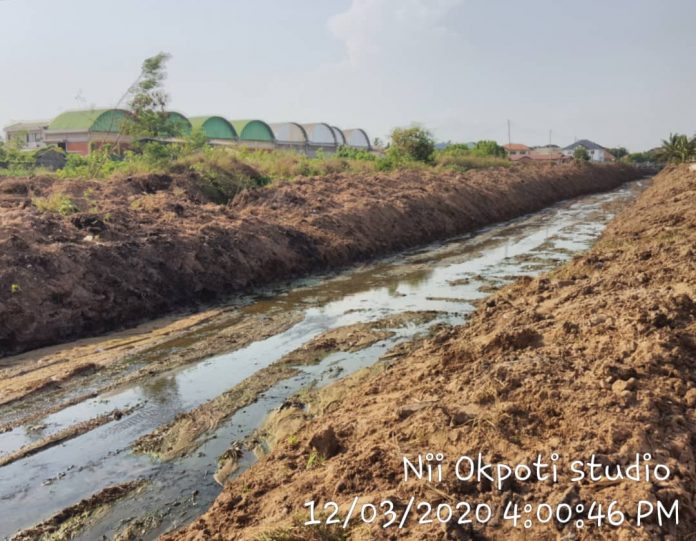 The Member Of Parliament for Krowor  Constituency, Hon. Elizabeth Afoley Quaye  with some NPP executives has today inspected some developmental projects ongoing in the area in order to avoid flooding in the area.

The projects includes Nungua Boundary Road, Kpogas Coastal Road off Spintex, Central Highway, Market Street and Okpogonna Highway.
Assembly projects inspection in Ghana is mandated by the Local Government’s bill 2016 Act 936.
During the projects tour, the Member of Parliament with her party executives made stops to interact with some market women and drivers for their inputs in the ongoing projects.
Briefing the media during the tour, the Member of Parliament stated that, a number of projects are under construction composing of bridges and roads which would be completed before the commencement of the heavy rains early next month.
The M.P pleaded with owners of some building properties whose activities may be affected by the ongoing constructions to cooperate with the Assembly for the development of the area.
The Municipal Chief Executive for Krowor Municipal Assembly, Hon. Joshua Nii Bortey stated that the area is a flood-prone zone and the assembly is putting up measures in order to pave way for any unforeseen occurrences in the future.
The development is a collaboration between the MP and the Assembly to prioritize projects that can control floods and improve the drainage system in the area.
Story by: Nii Okpoti Odamttem
Download Nulled WordPress Themes
READ ALSO:
EC sued again over compilation of new voters register