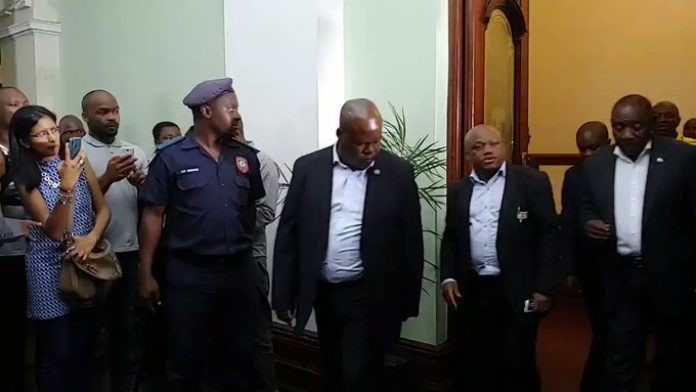 Ramaphosa was speaking at the Pietermaritzburg City Hall on Friday evening where a full public gallery attended a memorial for Mugabe who recently died in Singapore.

He said Mugabe was prepared to sacrifice much for the freedom of SA. “He was prepared to risk the fortunes and infrastructure of their own country so we in SA could be free. He was prepared to give free passage to Umkhonto we Sizwe soldiers to come through Zimbabwe and launch operations in Zimbabwe knowing well he would risk reprisals from the apartheid government.”

“Did he flinch or hesitate? Not Mugabe, he was prepared to support us to the end. He was an African patriot, believed right of self-determination of African people.”