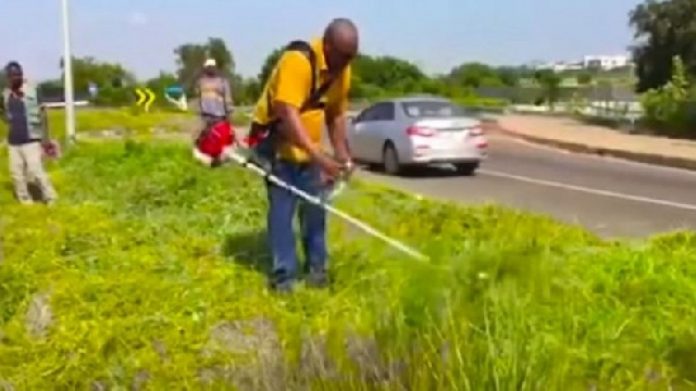 The main opposition National Democratic Congress (NDC) has said it will embark on a nationwide clean up exercise on Saturday, 16 November 2019 in honour of the party’s flagbearer, former president John Dramani Mamama who last week cleared the weeds in the midsection of the road leading to the Military cemetery in Accra to improve visibility along the road.

A statement signed by Joshua Hamidu Akamba, National Organiser of the NDC on Tuesday, 12 November said: “This is to bring to the attention of all constituency organizers that the party shall observe a nationwide weeding and cleanup up exercise on Saturday 16th November 2019 in all Regional and District capitals in honour of the flag bearer of the NDC, HE John Dramani Mahama.

“Last week, the Flagbearer of the NDC resummoned the spirit of the National Sanitation Day which was introduced by him, when he led his security detail to weed the midsection of the road leading to the Military cemetery in Accra to improve visibility along the road.”

The NDC said it believes Mr. Mahama’s example must be replicated across the country in order to rid the country of filth that has engulfed it “under the watch of Akufo-Addo and his failed Sanitation Minister.”

John Mahama gives out Glucometers to diabetes patients on his 63rd...