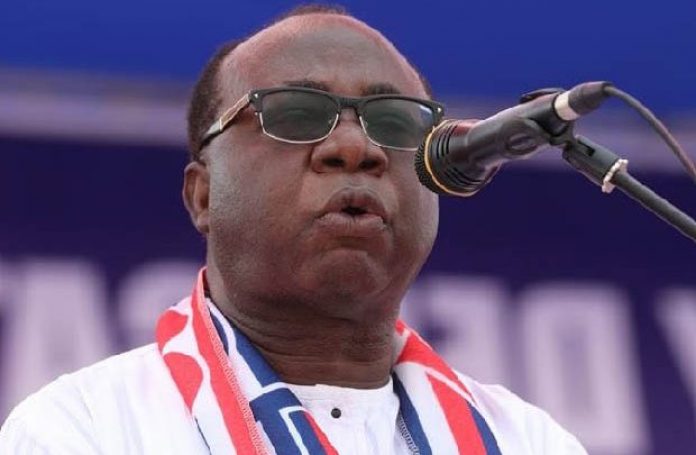 THE ruling New Patriotic Party (NPP) has set up a National Complaints Committee, which will receive formal grievances against any member who breaches a new code of conduct adopted by the National Council ahead of the presidential and parliamentary primaries.

According to the party, the code of conduct is to regulate the conduct of party members ahead of preparation for the crucial 2024 elections.

A press release issued by the General Secretary, John Boadu, on Tuesday, said the National Council decision has taken immediate effect and they will do well to ensure there is sanity ahead of the process so that the party will remain united to prosecute the 2024 agenda.

The statement said, “It shall be the duty of the National Complaints Committee to investigate each complaint of violations of this Code of Conduct to determine whether or not there is a prima facie case.”

“Where the Committee has established a prima facie basis in a particular complaint, it shall make a referral to the National Disciplinary Committee for the necessary disciplinary actions in line with the provisions of the Constitution.”

“The National Council of the NPP, conscious of events of the past and the need to forestall reoccurrence and to instill discipline in Party administration, has adopted this Code of Conduct to regulate the conduct of Party Members in both Presidential and Parliamentary Primaries for Election 2024 during the Pre-Presidential and Parliamentary Primaries period,” the release said.

It added that “the Code of Conduct has been formulated in accordance with Article 18 of the New Patriotic Party’s Constitution and it is applicable to Party supporters and actors including Government Appointees; Ministers; Members of Governing Boards/Councils; Chief Executive Officers of Governmental Institutions; Members of Parliament; Metropolitan, Municipal and District Chief Executives; Aspirants/Potential Candidates; their Supporters and all other Members of the Party.”

“Sanctions shall be imposed on any member or supporter of the party, who fails, neglects, or refuses to comply with the orders of this Code of Conduct.

“Possible sanctions include fines, suspension, expulsion from the party or disqualification from holding any office or position in the party for a stated period,” the release stated.

The release emphasised that the party reserves the right to disqualify any potential presidential or parliamentary candidate or aspirant who either directly or indirectly breaches the new code of conduct.

Under the code of conduct, the party said members, supporters, and sympathisers at all levels are mandated to refrain from using the media (traditional or social) to attack the integrity and reputation of other members, particularly leading members perceived to be nurturing presidential or parliamentary ambitions, refrain from openly debating on the suitability, desirability or otherwise of the candidates until the party formally opens nominations through the General Secretary.

The NPP members have been asked not to initiate early gatherings camouflaged as activities or meetings which has the tendency of promoting the interest of a prospective presidential or parliamentary candidate, refrain from making any public statements or inferences through any print or electronic media including online portals and all social media outlets regarding the propriety or otherwise of any presidential or parliamentary candidate.

The members are entitled to hold their regular party meetings but shall desist from holding discussions on the suitability or otherwise of any prospective presidential or parliamentary candidate, and also desist from using their public office or portfolio within or outside the party to promote the interest of any prospective candidates for unfair political advantage.

The party said that prospective presidential or parliamentary candidates shall be held responsible for the actions and inactions of any person or group of persons identified as supporter(s) of a particular candidate which are in flagrant breach of the code of conduct if the prospective candidate is seen explicitly or implicitly lending support or condoning and not publicly denouncing the activities of any such person or group of persons.