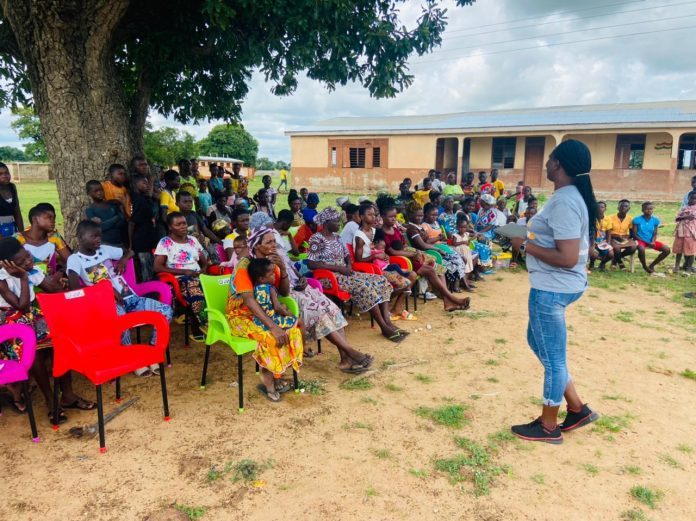 The Planned Parenthood Association of Ghana (PPAG), a Non-Governmental Organisation, has called for collective efforts from stakeholders to help empower adolescents to prevent teenage pregnancy and early marriage.

It said when adolescents, especially girls, had accurate information about their sexual life and rights, they would be empowered to be assertive against sexual exploitation and abuses.

Mr Martin Anyoka, the Field Officer of PPAG in charge of Bongo District who made the call, urged traditional and opinion leaders, duty bearers and parents to play significant roles in educating girls on gender equality and empowerment.

It was at the “breaking the silence forum” organised by PPAG as part of the implementation of Adolescent girls’ empowerment project.

The project under the auspices of the United Nations Population Fund (UNFPA) with funding support from the Global Affairs Canada aimed to contribute to preventing, sexual and gender-based violence, teenage pregnancy and early marriage.

The Field Officer noted that Sexual Reproductive Health and Rights (SRHR) was key to protecting adolescents against indulging in risky sexual behaviour and urged parents to provide sex education to their daughters at home to avoid external influence.

“When the girls are empowered, they will be able to resist the boys and men or negotiate for sex when the need arises and also report Sexual Gender Based Violence (SGBV) to the appropriate authorities for redress,” he added.

READ ALSO:
GRIDCo explains cause of nationwide ‘Dumsor’ on Tuesday

Ms Esther Mbilla, the Bongo District Adolescent Health Coordinator, Ghana Health Service, encouraged parents to address communication gaps between them and their children, to create room for the children to share their sexual life with them for advice.

She said parents needed to make friends with their children to ensure that they provided the needed SRHR information to help them not to fall victim of sexual violence.

Ms Rita Abamah, the Bongo District Girl Child Education Officer, Ghana Education Service, said teenage pregnancy and child marriage were still prevalent in the district leading to many cases of school drop-out and advised parents to encourage and support their pregnant girls not to marry but remain home and deliver and return to school, to ensure that they did not miss out on education.

“Girls who do not want to return to school can also be supported to learn trades like weaving, dress making, soap making and the rest, that way, they can be gainfully employed and have some financial independence,” she added.

Naba Nsoh Awingura, the Chief of Bongo-Soe, lauded the efforts of PPAG and its partners for promoting girls’ empowerment and education in the area and noted that poverty was one of the major causes of teenage pregnancy and child marriage in the area.

He called on the Bongo District Assembly to help the communities to make bylaws that would empower the traditional leaders to punish people who impregnate or marry teenagers to serve as deterrent to others.