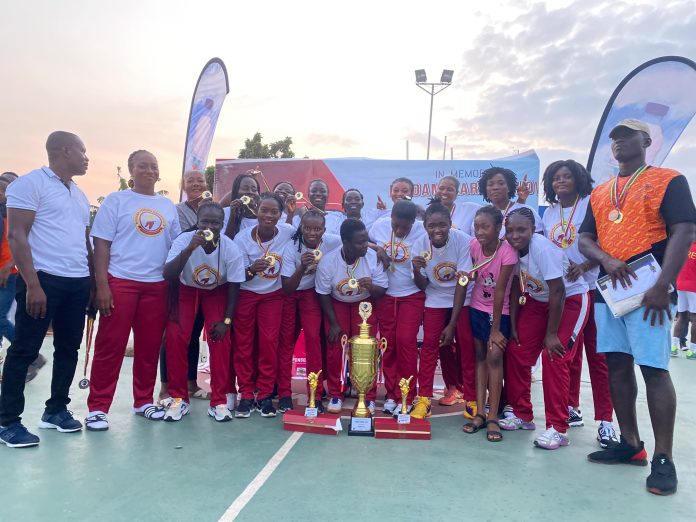 The 6-days highly patronized tournament which came off at the Prison’s complex was organized by the Karen Slowe Family with support from the Greater Accra Handball Association.

The tournament held under the theme, “Experience the Magic of Modern Handball” was also aimed at honoring the late Karen Slowe who was a staunch handball enthusiast.

The ladies, alongside their male team paired in group B, saw some stiffer competitions from Navy, Airforce, Kasland, Navy, and Fingers.

The male and female side’s progressed from their respective groups into the quarter and semis’ respectively after a resounding victory over their opponents.

The male team came face to face with one of the strongest civilian club’s Cantonment Youth but outclassed them to progress to the semifinals stage by 30-28 goals.

The women’s team humbled their counterparts from Army in the semifinals with a 21-13 score line to booked their place in the finals.

In the men’s semi-finals, the Reformers lost to reigning knockout champions Fire by 28-29 goals but however, managed to clinch bronze with a win over Army in the 3rd and 4th placed matches.

The “Famous Reformers” women doubled their trophy count this year by defeating their arch-rivals Police in the finals with a 30-28 final score line to continue their dominance level.

In attendance at the event was the Karen Slowe Family, some newly elected executives of the Handball Association of Ghana, Greater Accra Association’s executives, and handball lovers.