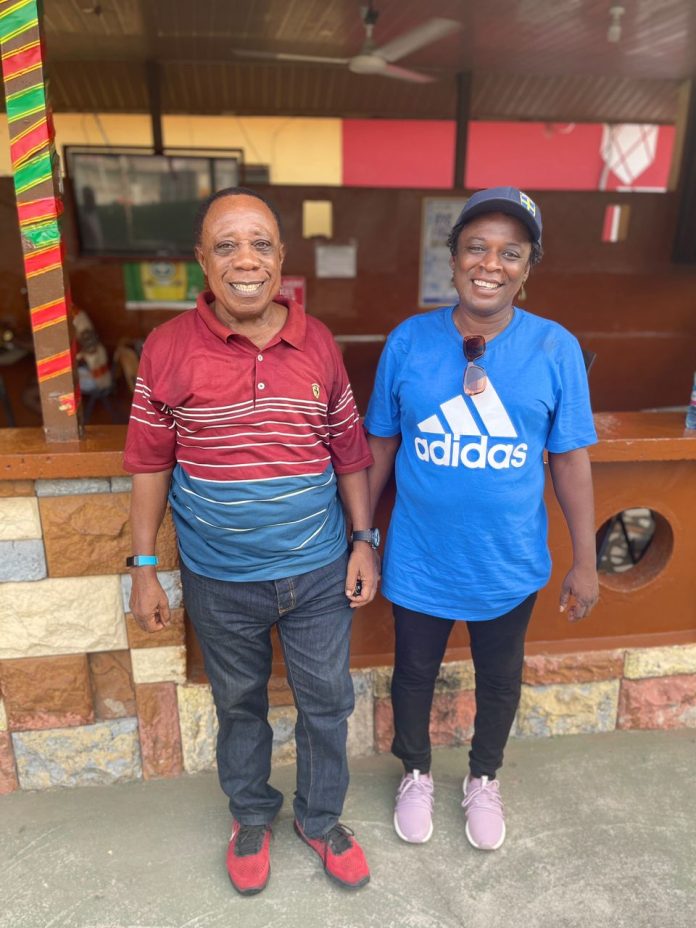 It was a sight to behold as two of Ghana’s former outstanding TT personalities ( one a player and the other an astute coach) met after many years of separation due to work demands.

One time Ghanas’ finest Hagar Amo who had always considered Coach Vincent Arhin as a father and mentor could not hide her excitement immediately she set eyes on her “father” after many years of sojourning in Sweden seeking greener pastures.

The ten(10) times former female champion who represented Ghana on many international platforms and won several laurels for her country before she left the shores of Ghana to Sweden acknowledged and thanked Coach Vincent Ankama Arhin for the love and sacrifice he showed her throughout her table tennis carrier.

Renowned Coach Vincent Ankama Arhin on his part thanked her and expressed his profound joy for the respect accorded him and to also have him in mind. He intimated that the visit brought to his remembrance those nostalgic days with the players especially from Koforidua.

He said he took pride and is full of contentment to have unearthed, nurtured, and trained some players to make them national & Continental champions. Hagar is no exception, he added.

He said it saddens his heart how the nation forgets its heroes and reiterated his clarion call for the nation to honor, acknowledge and celebrate her heroes and heroines like Hagar for the remarkable achievements for self and country whilst they are alive, because a nation that does not honor its heroes is not worth dying for.