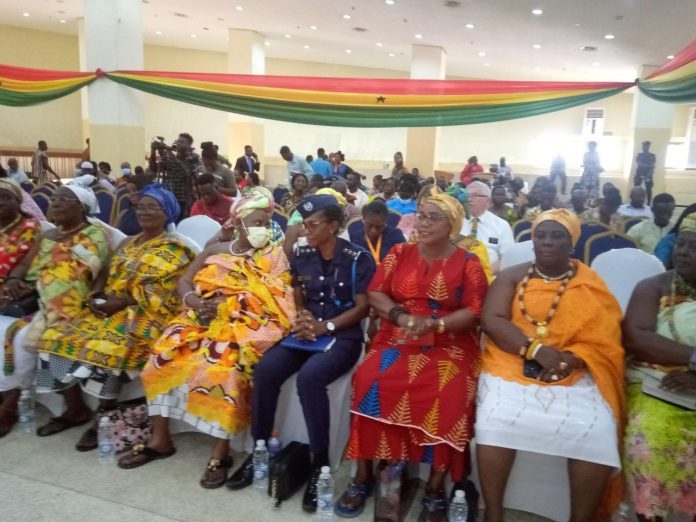 The Government plans to rake in four-billion dollars from the tourism sector by 2024.
This will make the sector the number one contributor to Ghana’s Gross Domestic Product (GDP).

The Tourism Sector, last year, generated a revenue of $2.1 billion and expected to contribute $2.3 billion with one million visitors this year.

The sector is currently the third largest contributor to the national GDP.

Mr Mark Okraku-Mantey, the Deputy Minister of Tourism, Arts and Culture, who said this, urged all industry players to pool resources, build their capacities and explore technologies to market their products on the African Continental Free Trade Area.

Mr Okraku-Mantey was addressing the media launch of the National Festival of Arts and Culture (NAFAC), on the theme: “Reviving Patriotism, Peace and Unity through Cultural Diversity for Sustainable Development.”

Ghana targets two million tourist arrivals annually.
“President Akufo-Addo wants to make tourism the number one contributor to Ghana’s GDP and make Ghana a hub of tourism in West Africa. He has given us a target of USD 4 billion by the year 2024,” he said.

Mr Okraku-Mantey said the NAFAC was part of strategies by the National Commission on Culture and the Tourism Ministry to make the tourism industry a tool for development and wealth creation.

“We celebrate the National Festival of Arts and Culture because it promotes unity, peace and tourism. We cannot attain all that we want from tourism without our culture,” he said.

Madam Janet Edna Nyame, the Executive Director, National Commission on Culture, said NAFAC had, over the years, contributed to the artistic and socioeconomic development of the State.

“This year’s theme enjoins us to situate our Ghanaian culture, norms, values and practices at the centre of our developmental agenda,” she said.

In all aspects of national development, there was the need to pay attention to the impacts of culture on Ghana’s efforts to achieving the desired outcomes, Madam Nyame said.

NAFAC was the brainchild of the late Dr Alexander Atta Yaw Kyerematen, in what he began as ‘Cultural Experiment’ in 1960.

This grew into a ‘National Treasure’ and in 1962, the first National Festival of Arts was held at the Asante Cultural Centre.

As a biennial event, it had not been held after the last edition in 2019 due to the COVID-19 pandemic.
However, this year’s edition comes off on December 9-16, at Cape Coast and would have on board a competition of performances between the 16 regions.

NAFAC 2022 is also in honour of the memory of its founder, the late Dr Alexander Kyerematen as his legacy had lived on after 60 years.